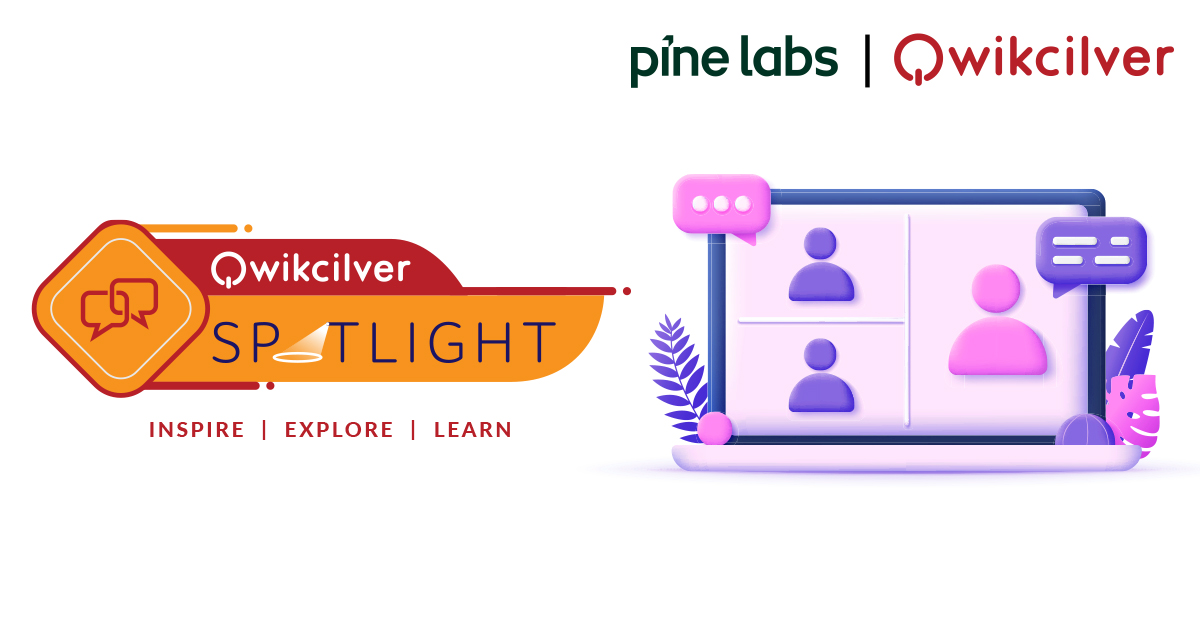 This is the very first episode of Qwikcilver Spotlight, a new series of webinars designed to encourage interesting conversations around Consumer Behaviour, Gifting, Stored Value and Prepaid. We believe this series of conversation would not just be a platform for great discussions and deep insights but also provide the spark for the next big idea in the Fintech space!
This being the very first episode of Qwikcilver Spotlight, we had to have a very special guest on board. So special, that he is possibly the only ICC accredited umpire who can speak authoritatively about the Indonesian digital market and the potential for investment there. Intrigued? Read more below to know more!

The Spotlight is on Indonesia where Mr Suresh Subramanian, Managing Director of Kantar, Indonesia, one of the most renowned global market research companies. He is an authority on anthropological behavior of consumers of brands. And yes, as we mentioned before, he is also an accredited ICC cricket umpire!
Indonesia is a land of plenty and of many opportunities. There are 17000 islands of which 6000 are inhabited, with an extensive coastline. It is the fourth largest populated country with more than 50% less than 30 years. Java and Kalimantan islands are the revenue generating areas of the country with more than 65 percent of the population staying on the island of Java. However, much growth is happening outside Java, with significant urbanization powered by infrastructure development.
What makes Indonesia different?
This influences the way they behave in the digital world. It is one of the most affiliated societies where people love being around other people. It's all about “we time and not me time where everything is done in groups and rarely as individuals. Hence social media is very powerful. Indonesia is a trading post between China and the rest of the world. People are very open and love experimenting. Highly developed from the digital perspective with about 77% penetration in internet usage. There is universal internet access and 89% of internet usage is done through mobile phones. Thus any digital business should be mobile first, ie, should be done through mobile phones. It is easy to get people to use new things and adopt them in the digital world. Whatssap is highly popular with people texting rather than sending voice clips. For getting entertained and communicating, digital apps are widely used.
Digital apps have helped increase financial inclusion. These people are more into spending than saving. People's quick adoption of technology helped change their financial behavior with financial apps becoming highly popular and helping in increasing savings from 20-30% of the population going for savings a few years back to 50% now. Online food delivery is on the rise too. Technology is making a difference in people's lives. Ecommerce is highly popular with penetration on the rise. Penetration in FMCG ecommerce such as buying groceries online is highly popular. Even in the remotest part of the country internet infrastructure is done very well. There is a tremendous adoption of technology and the internet and people are quick to adopt technology. Government has aided the setting up of internet infrastructure which has made people even in remote areas using the internet widely. Here the challenge is how can I sell more.
Indonesia is run by women, like the Finance Minister is a woman and in the organized sector 55% of women work. There is a lot of local entrepreneurism as well. Inherently people are micro entrepreneurial. They are not looking at becoming tycoons, but generally people like becoming small entrepreneurs, with their own shops. There is a lot of talent shortage in the country and not much has been done for tech talent development.
In the fintech sector, credit card adoption has been low although mobile payments have taken off. Mobile wallets and use of mobile payment rather than cash is the latest trend with a digital economy on the rise across the country and not just in big cities. Even when people eat out they use mobile wallets especially so due to the promotions these mobile wallets offer. Digital payment is becoming the most preferred mode of payment rather than pay through bank transfers or paying liquid cash.
Watch the video below for the full session of the first episode in the Qwikcilver Spotlight series.